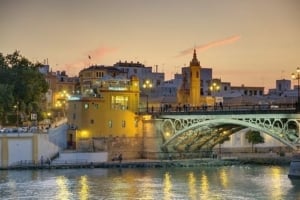 Seville is a unique city, there is nothing like it in the world, where you wil find the most exclusive and surprising artistic legacy, and where you will be able to live the most sublime and uncommon experiences. If you keep on reading you will find which ones…
1.- Admire the Cathedral Santa Maria de la Sede, the largest Gothic Christian basilica, declared by the Unesco world Heritage, built in 1401 above the old Aljama Mosque, which has still standing the Giralda tower and the Oranges patio.
2.- To stroll around Metropol Parasol, the largest wooden structure in the world, which the sevillians have christened with the funny name “Las Setas” (the mushrooms). This original contemporary work has been prized , and has one of the best views of Sevilla, in its undersoil it has the Antiquarium, a museum and an arqueological site where you will be able to admire roman rests, from the Tiberian period to the VI century, and an Almohade house from the XII to the XIII centuries.
3.- Visit Itálica, the first Roman emperor city built outside Italic around 205 before Christ. This city is located in Santiponce, only 8 km away from Sevilla and is famous for its rich mosaic the house of birds, the anphitheater, temples, houses… and there, the most admired legendary emperors were born: Trajano and Adriano.
4.- Discover a real Hamman or Antique arab bath. In the Air street where you will find a real arab spa, built above roman remains, where you would enjoy a relaxing bath making your imagination travel in centuries.
5.- Ship in the Guadalquivir river, the only navigable river in Spain, where you would enjoy a romantic cruise. From this river the Magallanes boats departed to go around the world for the first expedition and kept on departing for 200 years from the discovery of the Americas, it was such an important waterway which made Sevilla the commercial historic center of the Spanish Empire, spread out around the globe.
6.- Getting to know the Universal Expositions. Sevilla is one of the only cities of the world, which has had the privilege to hold twice this dimension events,. The Iberoamerican Exposition in 1929 In the Andalusian Capital, left marvelous art works such as, La Plaza de España, el pabellon mudejar, Bellas Artes, El real… and The Universal Exposition of 1992, has left el Parque de la Cartuja, el teatro de la maestranza, and even a themed park: Isla Magica.
7.- Experience the Sevillian Easter “Semana Santa”. Could a religious demonstration pierce through rational to fascinate with its passion to everyone? There is only one way to confirm it. Experiencing it.
8.- Enjoy “la Feria de Abril”. Hardly any local fairs have the fame, personality or charm of this spring fair, an explosion of sensations, colors, a definite fair to enjoy, eat and drink deliciously, dance and listen to flamenco in its pure art, improvisation from the people who enjoy it without shyness.
9.- To make special friends. In Sevilla, you can meet a unique human race, the sevillians, people who easily joke, smile eagerly, have open characters, welcome warmly, love sharing, and socialize eating tapas.
10.- Stay in a real XVIII Palace: Hotel Palacio de Villlapanes. Our five star hotel, has been restored to its minimum detail to maintain its original essence an grandiosity, but it has also been designed with the highest quality to obtain the best services and comfort for the guests, a spa, wellness… Come to a unique city to an unforgettable hotel. 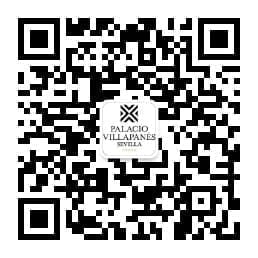